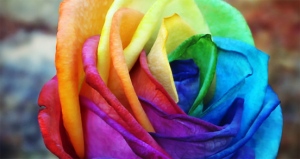 Happy new year to everyone! 🙂

To everyone? Well, yes, I suppose so because we don’t require any password to read this post 🙂
New year? Well, yes. Dude, have a look at the calendar. (Well, we accept as standard the Gregorian Calendar, isn’t it?)
Happy?… hmmmm… this can be a problem. A tough one. Let me explain…

We have a new release of FileWatcher. And this is good. We have many many new things here. I’ll briefly enumerate some of them because it is needed to stress a thing later on: Well, the new FileWatcher is cloud-friendly (you can use it with JungleDisk in order to got to Amazon and/or RackSpace) has a two-stage backup scheme in order to allow both easy restoring and remote storage, a very tuned compressing engine in order to minimize the remote traffic, it supports resuming and caching of the archive(s) for the cloud and/or (S)FTP, password/encryption, queue engine allowing to change the queue priority and backup order of jobs, 4-way Visual Data Comparer for images (a bunch of formats supported, extensible through WIC to other formats), Diff Text Comparer with 5 views (Source, Destination, Common Ancestor, Merged Result, Diff Navigator) with a dozen of actions (including free editing and Save As), etc. etc. etc.

Everyone was very pleased with the release, but we had just only one discussion on which we cannot settle down for an agreement with our beta testers. Only one feature which we just cannot get it right. Do you guess which one?… Common, it’s easy. It is the default settings of colors in the Text Comparer. As you perhaps realize, everyone had (and has) his own “default settings” in the matter of colors.

Now, one can say that this is an old problem, and the solution is to put some default settings (the ones who are accepted by the majority) and add a way to customize them. Yes, in this way we did, but the problem is much more deeper. Why? Because about the colors of the main form nobody complained. (Guys, don’t start now, please. Thank you). The problem is that we have a thinking culture which drives us, if we aren’t attentive to ourselves.

…and the list goes on and on. So, there where you see a thinking culture (or in other words, a mindset) point it out, keep a distance from it, but take it in account. Don’t try to fight against it, it is one of the best ways to loose your time because usually the mindset hides a need underneath. And you must cover the need not to fight against it in order to extinguish it. (remember Microsoft? “You don’t need Visual Basic, you need .NET”).

And to return to our title, this makes the men happy: to try to cover their needs. But the needs of the majority. What’s tricky here is that they doesn’t know every time what their needs are. On the other hand, sometimes someone thinks alone that he represents the majority. An old disease, if you’d ask me.

But this is the thing which makes the programming fun. To try to help the others. As much as you can as many as you can. Not to try to get rich. And their happiness makes you happy also. Otherwise you will be caught in the cage of egoism. But of course, your mileage may wary. 🙂

Happy new year to everyone! 🙂

PS: “Configuring” FileWatcher for cloud providers via JungleDisk, DropBox etc. is brain-dead easy. Just put in your versioning tab the path of “Compress Obsolete Files to Folder” to the folder monitored by the JungleDisk (or DropBox).

Also, in order to better understand what 2 Stage Backup means, perhaps this picture will help you: